On the day that Watford’s new management team have faced the nation’s media, and the presumably-anxious squad, for the first time, the ‘Pozzo Family’ has provided its first fruit in the shape of two season-long loans, one from each of our continental brothers.

From Granada comes Daniel Pudil, a left sided player yet to feature for the Spaniards since signing for them in January, instead going straight to Cesena from Genk, where he played 118 times, including the 7-0 humbling by Valencia in the Champions League in November, scoring 4 goals. He ended the season having made a mere 5 appearances for Cesena as they finished dead last, by some distance, in Serie A, scoring once. He will be used more commonly as a left back, though he seems, based on that football agent’s dream – YouTube, to have been fairly adept winger in his time at Slovan Liberec, but Watford fans will be buoyed by his left-footedness, with that side of the pitch one of the few genuinely problem areas of the squad, with no natural, yet competent left back (Lloyd Doyley being the most accomplished) and an attacking outlet needed to balance out the threat of Sean Murray on the right – a role played so well by Alex Kacaniklic earlier this year. It also seems that he has previously been here on trial five years ago, maybe kept out by the kind-of-impressive Sasha Cauna. A Google picture search suggests that he has in the past shaved his squad number into his head, so there’s that too. 22 caps for the Czech Republic is not a bad return for a 26 year old, and by all accounts he was fairly unlucky not to be included in the squad for this summer’s European Championships. Then again, he could be another Jure Travner. 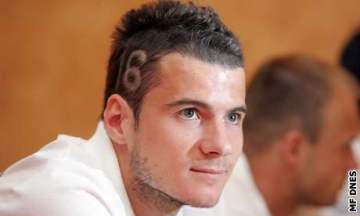 Joining him in London Colney comes Matej Vydra, a fellow Czech, who is ostentatiously a striker though can, according to transfermarkt.com (an often spurious source) play on the right wing. This 20 year old comes from our biggest of brothers in the Alps, having only made two substitute appearances for them, and will be hoping to put his injury-hit 2011/12 season behind him, perhaps swapping knee ligament horror stories with Stephen McGinn in the canteen. He was clearly highly thought of by Udinese, who shelled out €4 million for him after just a few months playing at the top level of Czech football with Banik Ostrava when he was just 17. From a scan of my shamefully limited sources on such football (that is to say, this video) it seems that he has/had before his knee injury a fair amount of pace, and a pretty tasty finish in him. Word has it he’s one of the brightest young things in Czech football. We’ll soon see about that. 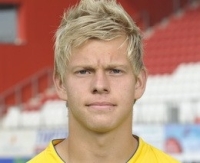 With Troy Deeney’s future up in the air following his imprisonment, and a continuing need to add a goalscorer to replace Marvin Sordell and fill the space that Joel Garner is supposed to occupy when playing, a striker was definitely needed. Whether this means that Zola and Nani have correctly identified the problem areas of the squad, or it is mere coincidence that the first arrivals have been in positions that Watford are lacking is uncertain. Of course, Zola – a player himself deployed somewhat creatively in his time in Italy – is unlikely to stick to the good old British 4-4-2, so what we really need is clear only to him. As it stands, however, these signings seem to help rather than hinder the squad. Long may it continue.